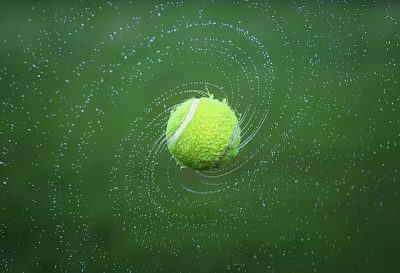 England’s World Cup dreams might be dashed this time around, but their progress has been inspirational. Even those who don’t usually follow football couldn’t get enough of the action. This goes to show that whatever your background and experience, many have a passion for sport which is infectious.

We wanted to take this opportunity to cheer on some of our own sporting heroes in the D/deaf community who have overcome more obstacles than most athletes to achieve their ambitions.

Newcastle College alumnus Matthew Bailey has been making waves in the world of cricket despite losing his hearing at the age of three. Equipped with his BTEC in Sport Development, Coaching and Fitness, he hopes to play alongside the England team in the Deaf Cricket World Cup in India this coming November.

“It doesn’t matter if you are deaf, blind or have a disability. Anyone can achieve.”

Duck -Hee recently played in this year’s Wimbledon qualifiers and is the only deaf person competing in professional tennis tournaments at this time. Previously ranked 130th in the world, he has high hopes to win a Grand Slam. He learns his craft by watching his opponents play and paying particular attention to their swing and movement.

“I feel a huge responsibility that my every step as a tennis player will influence other deaf people. I hope my career could give them a hopeful message that they could also overcome their disability and make their dream come true.”

The first deaf pro boxer since David Cave over 40 years ago, Reece Cattermole now has a licence to compete in boxing tournaments. He has a set of signals he uses to communicate with his coach as he cannot wear hearing aids during training. Cattermole is also able to lip-read and has been told he will lose all his remaining hearing by the age of 40. Cattermole aims to compete in British title fights, but most of all wants to inspire young people to pursue their goals.

“I’ve been asked to do a talk about my story to youngsters and put on a training camp – that’s another good thing, being able to help.”

Not technically an athlete, but still an important asset to the world of football is Jason Taylor, a category six referee in the Scottish Football Association. This year he attended the Deaf Champions League finals in Milan. Jason uses English and sign language to communicate, and has worked tirelessly to be the best referee he can be. Nevertheless, he is determined to show that with the right support, anyone can achieve.

“It doesn’t matter what you do, if you want support, support is here to be given and I hope that this inspires them to realise there are no barriers to stop you from doing what you want to do. If you want it, you can go for it and it’s more and more likely to happen.”

And a special mention…

Not all sporting heroes play on the pitch, as we see in this video. Columbia fan Jose Richard Gallego loves the beautiful game, but sadly he lost his sight and hearing at just nine years old. Cesar, his friend,  has developed a unique system of signals using a miniature football pitch and guides Jose’s hands so that Jose can follow the World Cup games. We think Cesar and Jose are sporting legends in their own right, as they have created something pretty special.