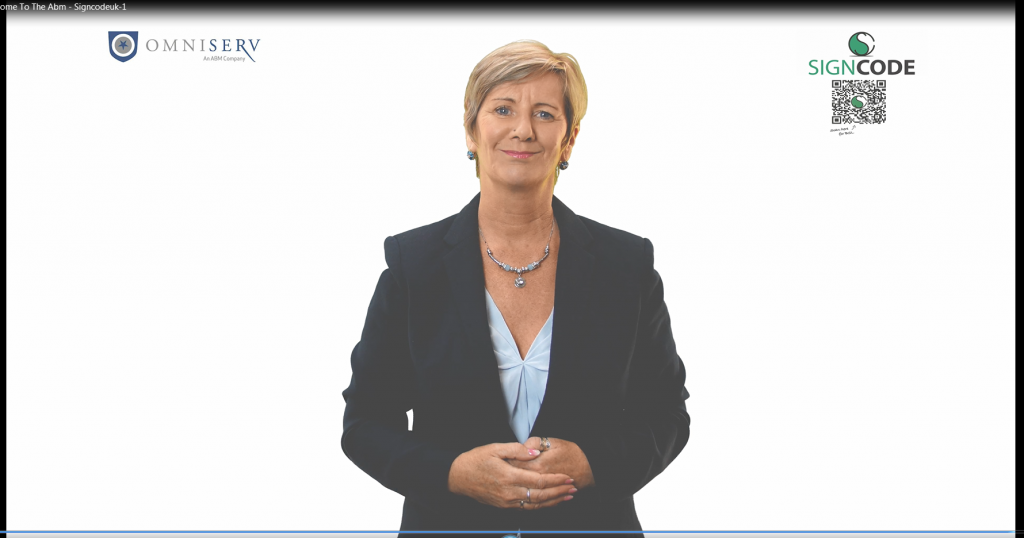 We came  to meet Louise through her company Sign Language Media for which she also presents. Her professionalism and engaging personality shone through and we knew straight away that she was a person we would love to work with. In the early days we had the pleasure of meeting and working with her brother Jackie. A great guy with a sharp sense of humour who sadly passed away and whom we miss to this day.

The youngest of three children Louise was raised in Linwood, Scotland by mum Rita and dad Jack who were both hearing, together with her brothers Jackie (hearing) and Ronnie who was also Deaf.

Louise attended a mainstream school but herself and Ronnie whom she idolised, both immersed themselves in Deaf culture by attending Deaf Clubs in Scotland. Ronnie was another great guy but whom sadly passed away shortly after Jackie

In 1983 Louise moved to London and has one son Rikki who is a qualified interpreter.

Louise loves to travel and being adventurous likes nothing better than backpacking and exploring different cultures on her journeys. Her passion for Sign Language and travel led her to study at Cluj University where she holds a Diploma in Romanian Sign Language.

Louise’s career has been no less adventurous than her travels with over 30 years of experience as a Deaf Relay Interpreter, a fully qualified registered Intermediary for the Ministry of Justice, BSL tutor and as an in-vision presenter for various mainstream programmes working with the BBC and other channels. One of her many highlights was being honoured to have presented the Queen’s Speech in 2009.

An activist for WOW (Women of the World) which is a global movement celebrating  women and girls, taking a frank look at the obstacles they face, Louise encourages others and is a role model for Deaf women across the world.

Louise is an integral part of Signcode and with her professionalism, insights and more importantly to us a lovely person who just shines. We look forward to working with our team for many years to come.