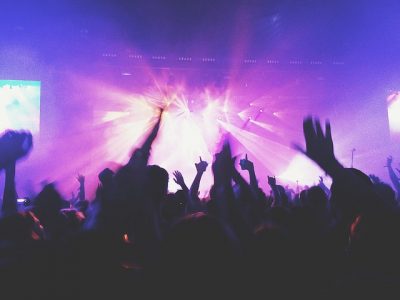 As a population we have a responsibility to look out for people with disability; this includes being deaf aware and creating a culture of accessibility to promote a more equal society.

In this day and age of customer experience, where the customer is placed firmly at the heart of the business (in theory anyway), we wanted to acknowledge some of the good news stories we have come across in terms of companies doing their bit to show their commitment to the D/deaf community in all walks of life.

First of all, one of the nation’s favourite soaps has been praised for its inclusion of deaf extras on the show who were seen to be signing in the Rovers Return pub. This scene was written into the script as part of Deaf Awareness Week in May. It’s positive that the soap creators are paving the way to make normal interactions from everyday life just as commonplace on the screen.

Also on TV, Maltesers was lauded at the “Masters of Marketing” awards, garnering the esteemed “Brand of the Year” for their “Look on the Light Side of Disability” campaign. This included adverts focusing on various disabilities during the 2016 Paralympics coverage. “Theo’s Dog,” an advert featuring two deaf friends, was heart-warming and comical, highlighting the normality of their disability for an audience that wouldn’t usually get a glimpse into the absurdities of a dog swallowing a hearing device.

Festival Republic was feted for its commitment to accessibility at Download Festival. The festival provided signing for 18 performances and included an on request service. Their overall efforts won them the Attitude is Everything Gold Standard for best practice.

Deafinitely Theatre for “The Hub” Programme

Of course, Deafinitely Theatre has an interest in securing the next generation of deaf actors. Who better to host an acting programme aimed at deaf people than a deaf-run theatre company? Yet “The Hub” isn’t simply about training actors to act. It has at its heart the aim of nurturing talent for a future in mainstream theatre. The Hub is a year-long programme offering workshops and tuition in areas such as writing and stage management. They are also offering one-to-one mentor programmes and fully accessible networking events. This will give deaf actors a greater chance of success in a field that is highly competitive.

Our hearts were warmed by the work being carried out by Austrian organisation Equalizent which has created courses for asylum seekers in written German and sign language. Asylum seekers face many challenges when entering a new country, including language and cultural barriers. Because of this, communication courses can do a lot to overcome these obstacles and raise confidence and self-esteem. It will also help them navigate bureaucratic procedures.

Attitude is Everything has implemented the Ticketing without Barriers Coalition to help those with disability gain greater access to live performances in venues across the UK. We would like to take our hats off to the South Bank Centre, Sage Gateshead, Roundhouse and all those who have accepted the pledge to remove barriers to disabled people. The coalition aims to make booking easier, more flexible and will offer equal perks to other attendees such as access to VIP tickets.

Event organisers and booking sites have also come on board including Festival Republic, PRS for Music, Live Nation, Ticketmaster and UK Music.

These are just a few of our good news stories that we wanted to share. Let us know on Facebook which brands you would like to praise for their efforts to create a more equal world for deaf people.